I wasn’t going to blog about my camino Portuguese but then… I met John Brierley on the way today between Porto and Vila do Conde, and of course took it as a sign!

For those who don’t know John (who I respectfully, but now looking back perhaps a little strangely, addressed as ‘Mr Brierley’ when I met him outside a cafe in Angerias), is the most well know figure in the Camino world due to the fact he writes all the guidebooks we carry and rely on. 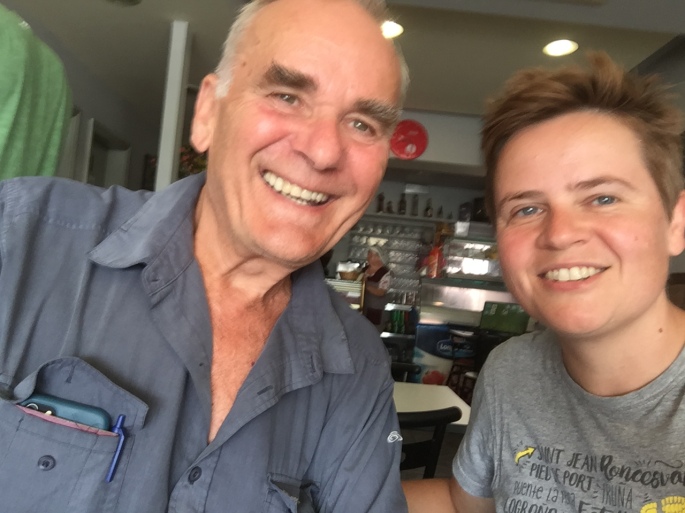 Today was the World Cup quarter final between England and Sweden (which England won – I KNOW) and John invited me into the cafe to sit with him and watch the game. John travels all the Caminos and lives in the U.K. so it’s crazy I’d meet him at all let alone be the English guy I get to high five as we sail into the semis. What an amazing start to my Camino Portuguese!

As with tradition, my trip didn’t start super well. Greater Anglia had signal failure causing my journey to Stansted to take 3 hours. The flight was delayed. My bag took 47 minutes (yes, I counted) to trundle out as the last bag out on the conveyor. I got to my albergue at 2am for an 8am start.

I already had a pilgrim passport but wanted to get one especially from Porto cathedral for the stamp. That meant waiting for the cathedral to open which it did as the bells chimed nine. This is the latest I’ve ever started a camino day and the latest I’ve finished one. I rolled into Vila do Conde, weirdly chipper and fresh for 34kms, at 6pm but on a real high after meeting John and watching England win their match.

I’ll let the photos describe the first leg of the Camino Portuguese as it’s now 9pm and I’m pooped after a 34k day. My feet are developing hotspots exactly where they always do so I’m bandaging myself up and marching on. 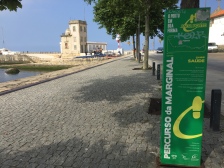 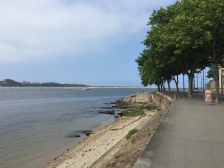 What ive noticed so far is that this camino, I have taken the coastal route, is friendlier than the Frances in both hikers and those along the path. One old lady, taking pity on me a few miles from Vila do Conde even offered me a bed in her own home! I must look like hell out there! 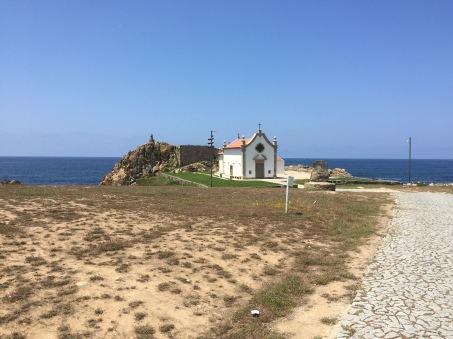 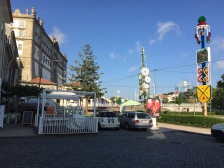 My plan is to walk to Caminha along the coastal path, then cut inland to Tui, scout out the Minho, do the spiritual path, hotfoot it to Santiago and then plough on up to Muxia, finally returning to Santiago on Saturday 21st. It’s cute that I still make plans! The Caminho (as it is for this summer) will ultimately decide. 🙂